WE ARE OPEN ON A **LIMITED BASIS**
We have appreciated all your calls and support since we closed last month Bozeman! This is our hope: To reopen and be a one stop Birth Control (i.e, abortion prevention!) and Sterilization (Take out your tubes for permanent birth control equals no more babies!) and even Vasectomies (yes–Men, your tubes too!)
We received a generous donation to help cover our insurance bill. (A requirement for any doctor just to practice) and this has set the wheels in motion to figure out a way to help women here in Bozeman the most!

One thing we will continue to see patients for now is for IUDs, Nexplanon, Birth control prescriptions and to help get women Sterilizations. We believe that increasing access to birth control quickly–is one way to help the most in MONTANA. So many women do not have access, information, or timely appointments for the birth control they need. Did you know that many of our health care centers in Montana, and clinics–do not offer women birth control like IUDS? And many do not offer Tubal sterilizations at all: either because Doctors do not do them (it takes a willing, trained OB/GYN surgeon) or because many Faith-based Hospitals here (CALL YOUR LOCAL HOSPITAL TO FIND OUT WHAT THEIR POLICY IS?) and everywhere nationally DO NOT DO THEM (they are forbidden by the church and thus, by hospital POLICY!)

STERILIZATION IS YOUR RIGHT–BUT WOMEN ARE OFTEN NOT ALLOWED TO HAVE IT! 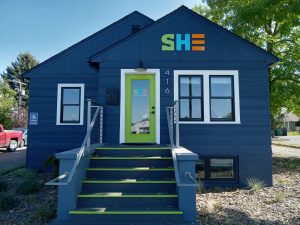 This is discrimination! And this is also one of the main reasons why abortions happen. Because women cannot get birth control, and cannot get information even about all the types of birth control, they have unplanned pregnancies. Women in Montana also can’t get in to see a doctor in a timely fashion (WE HAVE A HUGE Doctor, Nurse Practitioner and Physician Assistant shortage right now in MT and Nationally: leading to huge wait times, cancelled appointments, and LIMITED CARE.)
Plus we are still in a COVID world–with supply shortages and healthcare limitations.

Thank you for checking in at our webpage for Updates and for spreading the word. We are not open full time but are seeing select patients for Urgent Birth control, Family Planning, Education and Sterilization consultations in as timely a manner as we can! Thanks for your support–and for supporting PLANNED Parenthood of Montana and Bridgercare for their continued support of all the Women, Men and Families of Montana!

Look for Dr. Putnam at upcoming public events speaking about Birth control, Abortions, How to Really Decrease Abortions and Improve Birth Control Access, and HOW YOUR VOTE matters!!!
-Dr. Claire Putnam, Persephone The Right-hand Assistant of SHE, and our Faithful Amazing Network Of COOL SUPPORTERS 🙂 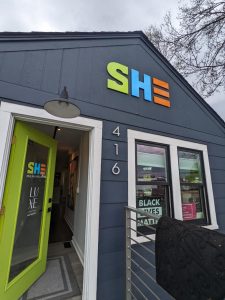 As the only women’s health doctor in Bozeman in private practice, I am
sadly closing my clinic as you may have heard. Although my practice has
been a true joy for me, there are too many obstacles for me at this time
to keep it open.  My hope, like most Montanans, is to expand our access
to quality, evidenced-based healthcare while we reduce costs and also
consider the impact to our environment.  Healthcare needs to become more
sustainable going forward as I see it—and I am drawn to the urgency of
this and to help in the ways that I can. As for women’s health, abortion
is a small but important part of women’s health–and the new decisions
and laws that are passed at the state level has made it challenging to
even understand from a medical perspective.  I think it is important to
recognize this, and to help put in place the programs and tools which
can reduce them. But banning it all together, and valuing a fetal life
over a woman’s life and circumstance is unjust. And ending abortion at a
time when we do not have the access for birth control, mental health
services and pregnancy support, in the midst of an ongoing pandemic with
healthcare shortages–is not the answer.

I am closing because I can no longer afford to stay open and because I
am simply not enough.  Financially, my medical malpractice skyrocketed
as it has for most OB/GYNs (solo practitioners pay more than groups or
hospitals per provider), my reimbursements from insurance companies like
United and Blue Cross went down 10-15% and unlike Bozeman Health,
non-profits or larger medical groups, I have to pay higher costs for
IUDs, Vaccines and all medical supplies—all of which are necessary but
in short supply these days.

I hope you will follow me on tiktok for my short videos helping to
explain women’s health topics, educate women and teens about birth
control and pregnancy, explain medical terms and highlight what is
happening behind the scenes in healthcare today.  I am #tiktokvagdoc :
why wouldn’t I be?

I also hope that you will take the time to talk with your friends,
neighbors and health care providers about what healthcare should be, how
we can make it more affordable for all, and help us come up with ways to
make it better.  As I always tell my patients, your voice is important:
now is the time to speak to each other, for each other. 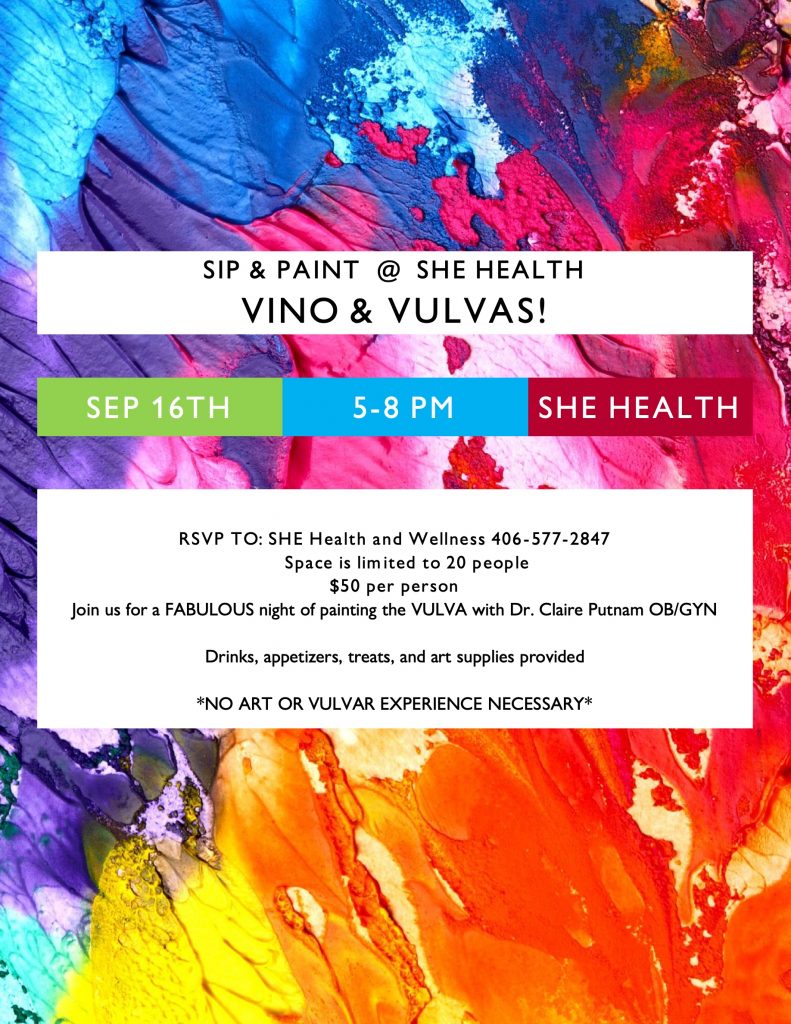 ONE recent night on my delivery shift, eight out of 10 of my laboring patients were too heavy, with two weighing over 300 pounds.

Early that night on the ward, we had a patient with a “shoulder dystocia” — a scary situation in which the baby’s head delivers, but the shoulders are too big to pass through the birth canal. Shoulder dystocia is strongly associated with obesity and excess maternal weight gain during pregnancy, and can lead to permanent fetal injury, neurological disorders and even death.

But the biggest emergency unfolded in the early morning. A 24-year-old, 300-pound diabetic woman, who was pregnant with her first child, had developed pre-eclampsia. Pre-eclampsia is a complication of pregnancy marked by elevated blood pressure, swelling and mild to severe organ dysfunction. If untreated, it can lead to the mother’s having seizures, stroke and liver rupture, and is a leading cause of maternal death. Although pre-eclampsia can occur in any pregnancy, it is three times more likely in obese patients. New research suggests that babies born to women with pre-eclampsia may have a significantly higher chance of autism or developmental delay. The only treatment for it is to deliver the baby, so this patient had been given drugs to induce her labor.

At 5 a.m. I was urgently called to her bedside. She was having seizures from the swelling and elevated blood pressures. Her baby’s heart rate dropped from 100 beats per minute to 70 to 40, and then the signal was lost — the monitor had come off.

Once she was safely secured to the table and intubated, I checked for the baby’s heartbeat. There was nothing on the monitors. Nor could I see the heart with the ultrasound, as the mother’s abdominal wall was too thick and swollen. There was nothing I could do but deliver the baby surgically and hope that it would survive. Quickly, I cut straight through her swollen abdomen and uterus. I reached through her placenta, wrapped my hand around the baby’s head and pulled it firmly out of the incision. As I gently extracted his body and untangled his legs from his pulsating cord, he clenched his fists and gasped.

Later that morning, when I left to go home, I was deeply grateful that all my patients and their babies were safe. There were many close calls.

Obesity is a sensitive subject, even for doctors. In a JAMA study from 2011, only 45 percent of patients with a body mass index of 25 or greater (defined as overweight) and 66 percent of patients with a B.M.I. of 30 or greater (defined as obese) reported having been told by a doctor that they were overweight. Notably, those who were told were more likely to have tried to lose weight.

There are many reasons doctors don’t speak up, including short office visits and a lack of training. But one growing problem is the role of “patient satisfaction scores,” which can be tied to doctors’ compensation and job security. If you offend a patient, you may never see her again.

But these conversations are crucial, especially for women who are, or want to become, pregnant. Obesity in mothers is strongly linked to their own compromised health, and to that of their unborn babies and our nation at large.

For doctors, the issue has become an everyday challenge. In the last year alone, three of the doctors I work with have been significantly injured while treating severely obese women. One even dislocated his shoulder while performing a cesarean on a 400-pound patient. We recently had two patients with B.M.I.’s of 53 and 60 in labor at the same time. B.M.I.’s above 50 are now classified in a new category: “super-obese.” It is frightening to think that this might become normal.

We also need better prenatal programs that assist women in achieving appropriate weight goals during pregnancy, through better exercise and nutrition. The adage of “eating for two” is damaging. Thankfully, under the Affordable Care Act, more women and children have access to nutrition and health services than ever before. But we should be managing obesity even more aggressively, as we do elevated blood pressure and diabetes.

Above all, we need to end the taboo against talking frankly about obesity. Doctors need to be sensitive and nonjudgmental, and patients should not take offense, especially when their health, and their children’s health, is at stake.

Claire A. Putnam is an obstetrician and gynecologist at a Kaiser Permanente hospital.

A version of this article appears in print on March 28, 2015, on Page SR10 of the New York edition with the headline: Pregnant, Obese…and in Danger.